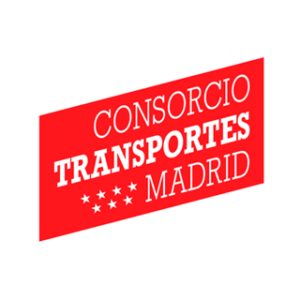 This is a fieldwork job and exploitation, which aim is to characterize quality service as perceived by users, information requested by passenger, relevance of those aspects (information and service) for passengers, overall satisfaction rate and trip and traveller characteristics.

This survey is part of the first stage of the Project European Bus System of the Future (EBSF) of Consorcio Regional de Transportes de Madrid, which aim is to improve information that reaches bus users, focused on create and develop the concept of innovated and high quality a bus system which will show potential of a new generation of urban and interurban bus nets registered within the VII European Union Frame Programme.

Services are a campaign of counts in surveyed lines with the aim of obtaining detailed information on lines demand and a campaign of quality  survey  among users of lines. Coverage is interurban lines with service in A-6 corridor connecting Majadahonda township with Madrid, to be more precise, with the Moncloa Transport Interchange.

2.122 interviews were conducted for all lines  during fieldwork data collection period.

Back to projects
PREVIOUS: Internal Customer Satisfaction Measurement Survey of Central Post
NEXT: Mobility survey to residents in Seville